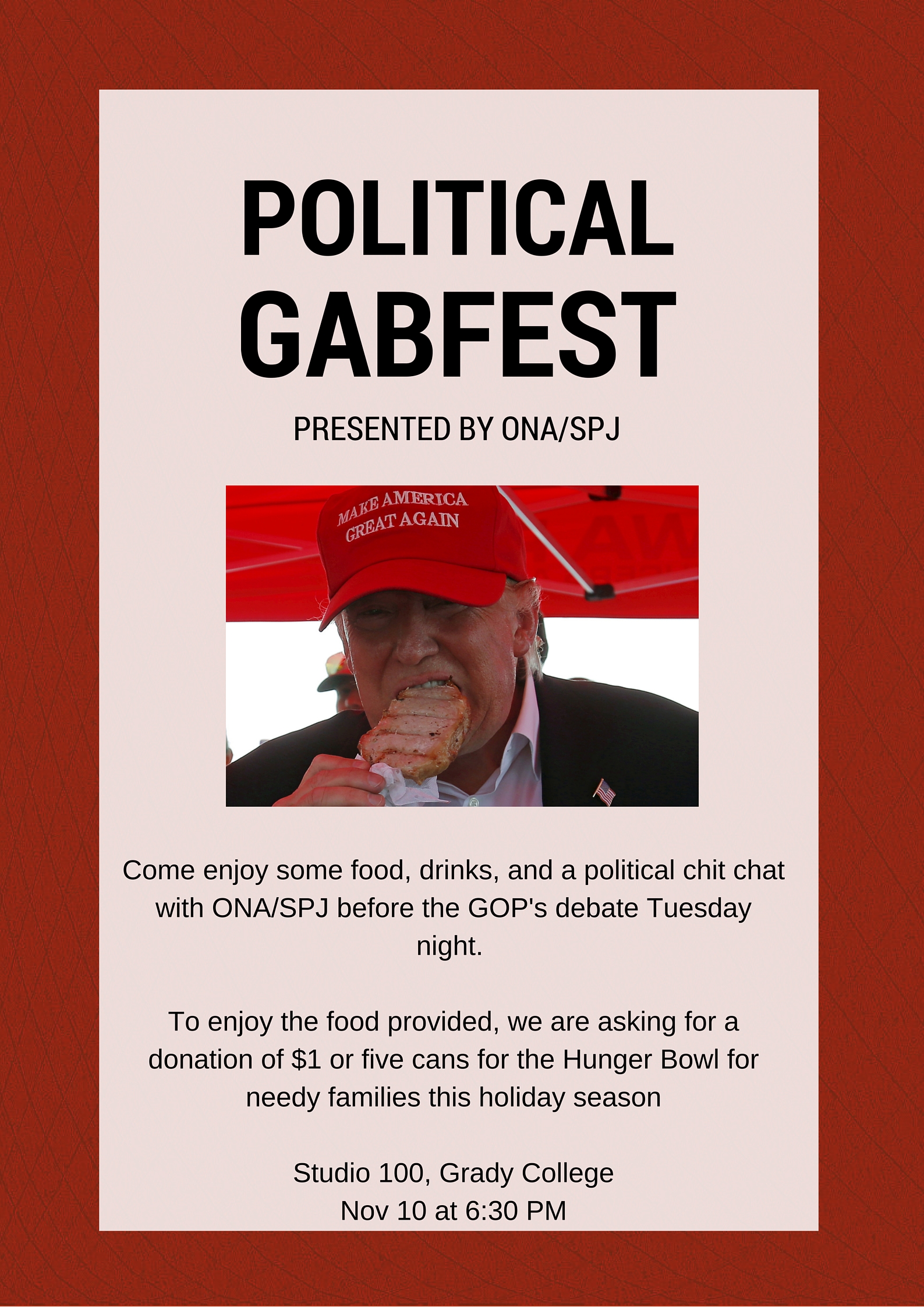 Thank you to everyone who brought in cans and money donations for this year’s Hunger Bowl.

Because of your help, ONA/SPJ won the Grady College student organization competition by 150 percent. Yes, that means a free pizza party courtesy of the journalism school.

We asked students to bring in cans in exchange for free pizza from our organization.

Come eat pizza with us! You can have the garlic sauce 😉 #uga18 #uga17 #PoliticsNPizza pic.twitter.com/hKpzKVZske

In addition, we hosted a political chatter hours before the Nov. 10 GOP debate.

So many questions for our GOP candidates. Any help, @megynkelly?

Here are a few responses to some of the questions people asked.

Question: To what extent have moderators been neutral participants in debates? pic.twitter.com/xHdy2EezDL